Thank you all for joining this year’s ASST DGESS Scientific Staff Christmas Party, which took place on 14 December 2017 at the GESS Lounge! The questions were tough as always, perhaps even tougher – but this couldn’t stop the highly engaged teams from giving their best and conquering awesome prices! 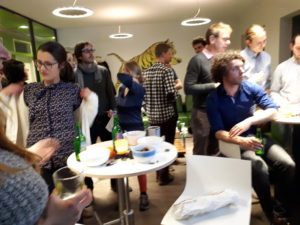 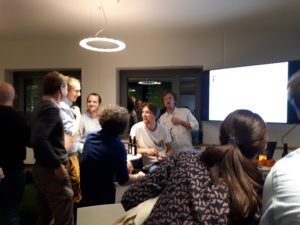 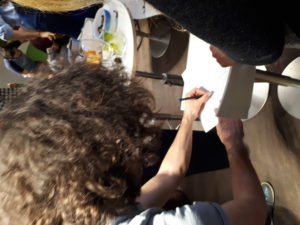 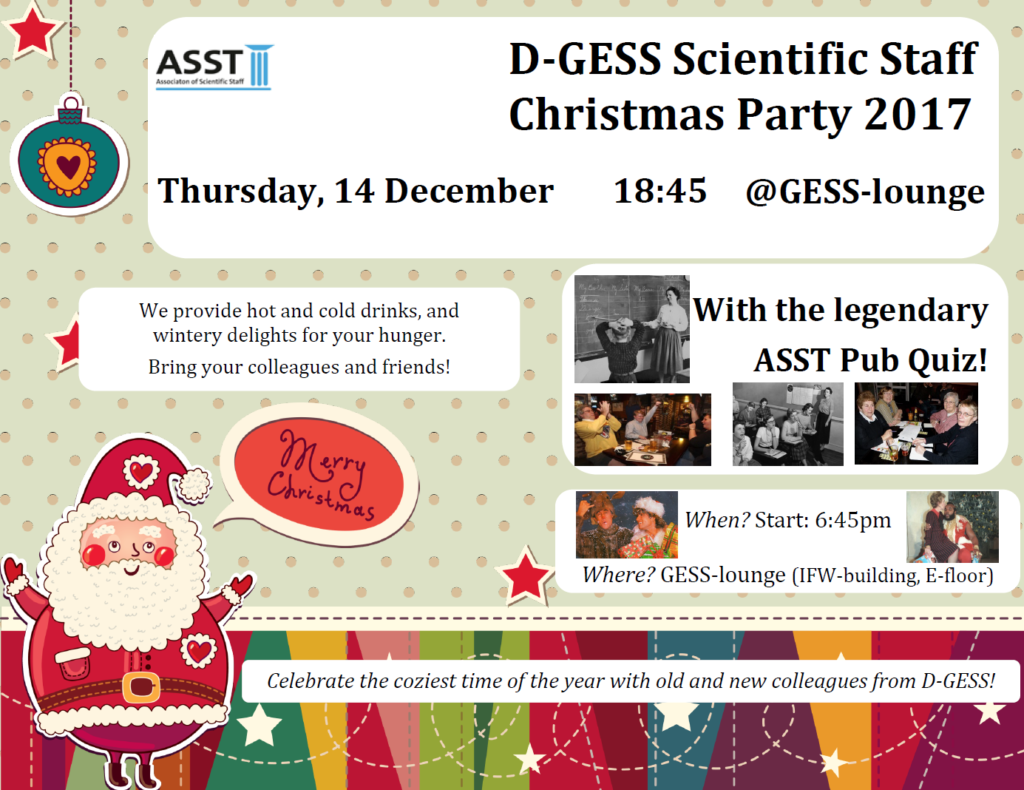 At the annual ASST General Assembly, the DGESS scientific staff voted on the new boards of representatives, with an ensuing apéro.

The new ASST Board of Representatives is: 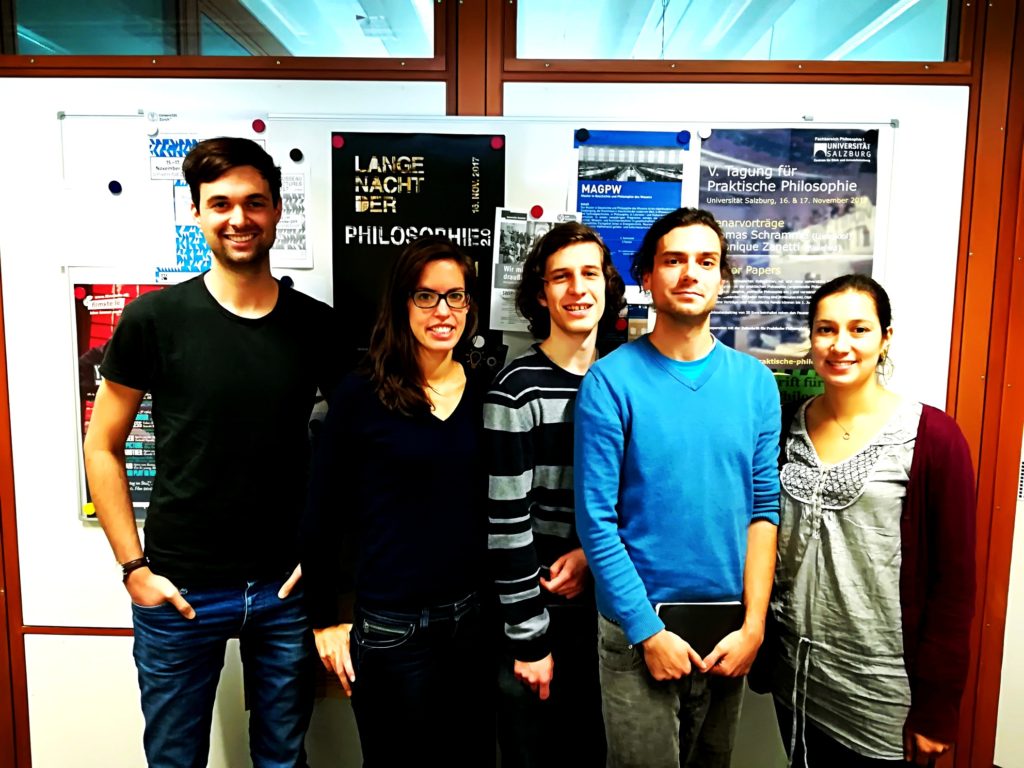 If you are interested in joining our board, contact us per email or just say hello to anyone of us at their office!

The next event this semester will be the ASST-DGESS Scientific Staff Christmas Party, which will take place on December 14th starting at 6:45pm. Details will follow here, save the date, and to all stakeholders as an invitation per email!